Modern telecommunications are a wondrous thing.  It cannot have been more than a few hours after Government issued the drought emergency, but God read His emails and brought the rain, probably apologising quietly to all concerned that He had forgotten.  He has certainly made up for the lack over the last two years since then and as I write it is pouring down, lashing against the windows on a hard wind.  The weeds are rushing into growth having all but given up for lack of water, the car remains reasonably clean despite my not being allowed to wash it and no doubt shortly cricket and – eventually – Wimbledon will be washed out.  In short, England will appear in its normal summer manner.  Makes me feel like I was back in Ireland where I was bought up and became waterproof.

So, what to do while being stuck indoors?  Write letters to friends overseas (if I can afford the stamps)?  Watch television?  Yes, at last that is possible without too much struggling with strange buttons on the digital thingy I had installed on the old kitchen TV set.  My main TV set is fairly new and has coped without trouble, but the new £40 controller, when  turned on in the kitchen, would just give me a white-signal scrambled picture with associated noise for five minutes or so, despite  pushing the buttons recommended, until I discovered a simple fix:

Having finally got a good picture, don’t switch off on the TV Off-button, just switch off at the mains plug.  Next time you turn it on you will get a good picture and sound, so you only need to select the one you want from about a hundred stations you are looking for.

Now all I need is a really good weed killer and some sunny weather. 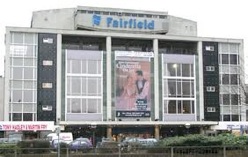 Now that Croydon doesn’t have an airport to be known by, we have the Fairfield Halls to attract folks to the would-be City that has the highest population of any Borough in London.  To prove it, we welcomed Derek Barr, MBE as our speaker in April.  Derek has been largely running the Halls for 42 years of their fifty-year existence – a job to be proud of.  He is also Chairman of the Croydon Music Festival organisation. 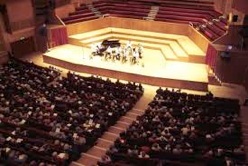 Previously to the ‘sixties, the Royal Philharmonic Orchestra was based in Croydon, but then moved to the Royal Festival Hall, justifying the Council’s plans to build Fairfield Halls, all in the ‘fifties shortly after the War, not just for superior music but as a general centre for entertainment of all kinds, even as a skating rink with one and a half miles of underfloor freezing pipes, so ice shows could be attracted.

Two thousand seats were available in the main theatre and 750 in the lesser hall used for local amateur dramatics.  Along with subsidiary attractions like the dining hall and of course the kitchens for that and other offices, the whole plan cost £770,000 to build in the early ‘sixties: now it will cost £157 million to replace it, as there are plans to do.

From early on the Halls attracted internationally famous turns such as the Beatles in 1964 and later such as Betty Davis, Michael Bentine and Shirley Bassey.  Bassey’s one-night stand involved seven forty-foot trucks for all the gear needed and cost £75,000 to set up which had to be met by selling all 2,000 seats; pricey, to say the least.

So much to tell us had Derek that one really needs a copy of the whole story from the Charitable Trust that took over management from the Council.  It attracts a thousand non-theatrical events a year, paying £3.5 million, but overall the income is around £20 million p.a.

June 7th:David Brown tells us about the Titanic, lost

just one hundred years ago this year.

July 5th:Explore the Internet with Jim Mulvey, our Webmaster.

Note:Our August  meeting will be on August 16th.

Peter Babler’s wife Marguerite is still under the weather and he will again not be able to be with us today.  We wish her well.

We welcome, though, the Ladies who let us enjoy our monthly luncheons over the years.  One is tempted to think that having them as a regular attraction to our meetings would be a good thing, but perhaps the current arrangement works best – for both sides of the matrimonial homestead.  Off course we shall also be having the Ladies at our extra annual luncheon on October 18th, so be sure to book them in then, too.

Jim Mulvey will be handing out the tickets for the Top Hat show today; a wonderful show by all accounts.

The Thames trip was splendid, helped by a break in the wet drought and excellent companionship.  It is a fascinating part of the world and we are lucky that it is so close to us.

Don’t forget the Old Coulsdon Fair at Grange Park on July 7th.  Chairman Ian Payne is recommending that we have a Tombola on our stand as an extra, so we shall need lots more bottles etc. as prizes.  I’m sure Jim can do with offers of help in manning the stand, too.  This is always the outstanding Fair in the district;  I don’t know why, but for several years I was responsible for attending half a dozen or more such, from Warlingham in the North to Chaldon in the South for the Bourne Society and always it was the Old Coulsdon fair that came out best.

Dennis Evans is planning another of his famous Quiz Shows later in the year, possibly in November, but you may be sure he will shortly give us date and time and place.

Andrew Kellard, our Luncheons Secretary again had to plea for information about who is coming to our monthly meetings and, more importantly, who is not; he needs this at the latest on the Monday preceding.  If you said you were coming and then don’t turn up, it costs the Club the price of the meal, because each is cooked according to expected numbers.  Perhaps we might just charge you anyway.

Finally, on a happier note, we have received a letter of thanks from the Royal Marsden Cancer Hospital for the generous – indeed incredible – cheque we sent them for £1000.