OH WHAT A LOVELY WAR

Well, we sort of won it after all and it is now finished; the Olympics I mean.  Best of all was that we won over Paris in getting it to London and second best that the French were beaten by TeamGB in their favourite sport of cycling, adding yet another Gold to our lot.

But is it just your Editor’s advanced age that took the pleasure away from day after day of Olympian news items on the BBC?  Yes, we shall never see such Games in London again in our lifetime, but our personal inability to partake in sport due to our age added a jealousy of those who could.  It is twenty-four years since I had to give up playing tennis – my favourite sport – on my doctor’s orders after having a heart attack and nearly seventy years since I won the sport of high jumping (probably due to my height) at school.  The BBC allowed us to watch Murray take Gold at Wimbledon, but other than that, tennis was remarkably absent from their coverage. 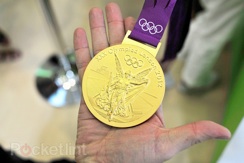 As happens in all wars, one misses the things that are really good, such as, in my case, the opening ceremony.  I was attending a dinner that evening and despite leaving earlier than most guests, the best part happened before I could get home to turn on my TV.

The finest thing about wars is that they end and this war is no exception, so I watched the closing on Sunday.  Well, it was all right, I suppose, but again my advanced age took a lot of pleasure away from it all.

Now we enter the post-war era and that can be a bit of a mess.  Do you remember the years after WWII when we were broke and rationed more fiercely than during it?  Well, this time those horrors will be missing because we have done so well.  Great Britain has shown itself to be one of the best places in the world, the natives have shown themselves to be well mannered to the thousands of foreigners and we give thanks for that. 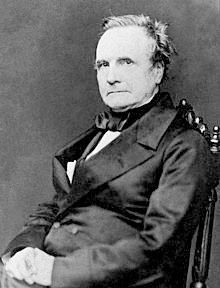 We all know that these days the world – the commercial as well as the personal world – would not be recognisable without a computer somewhere being involved and we had Jim Mulvey along in July to tell us something of its development.

He told us that the mechanical original computer was invented by Charles Babbage in the 19th century. He started to build this mighty machine but died before he could complete it and it was left to the museums of today to make a copy of it, simply to prove that it might have worked had it been done in the first place; it did, but not very well.  A development of the Babbage machine, the punched card system, was used in factories to control production of mechanical and electrical parts before and after World War II as your Editor well remembers.  The PC system was made in Croydon and was used worldwide.

It was during WWII that the first electronic computer was built, its job being to make sense of the incredibly complicated coding of secret German messages and it has been said that this machine cut a year or two off the time the war took to win.  For this development we have Alan Turin to thank; sadly he died before he could add to its development after the war but Tim Everest-Lee used its successors to invent the Web and from that the Internet, allowing information to be spread round the world at the speed of light.  Can you imagine what life would be like without it? 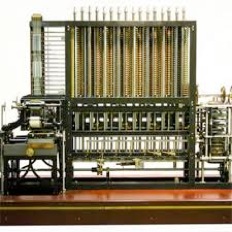 When IBM introduced the first computers suitable for businesses to use they are on record as saying that before we knew it every nation on Earth would have one helping to run their government.  One? In every country? Development soon put a stop to that and there must be tens of millions of computers in use all day and every day, indeed this Newsletter is produced on one such.  Many of you will read it by email, yet another change that is doing away with vastly-expensive Post Office mail at a fraction of a penny per email compared with the stamp costing a hundred times as much.

October 4th:  ‘From ship to shore’: Peter Jones of the National Trust.

Once again we have to mark losses through death, an inevitable result of our all being retired from working life if not yet expecting to stop living, but it happens.

Peter Barker died on July 12th.  Thanks to his friend Bernard Starkey we have been able to fill in some of the story of his life – see the back page.  Peter’s memorial service was held in St. John’s Church, Old Coulsdon and was attended by some one hundred of his family and friends.  A moving memory of a lovely man.

Tony Marks died on July 25th following a long period of ill health that kept him away from our meetings for many months.  His funeral was on August 13th at Croydon Crematorium at 3.15 p.m., with refreshments afterwards at Coulsdon Court Hotel.  Our deep sympathies go to his family

In the matter of ‘still recovering’ from the bits that attack us all at our age,

Dudley Coates is having the nurse come daily as reported last month, but just might be able to come to this August meeting.  He sends his best regards to us.

Alan Horwell, too, is recovering thanks to the services of Mayday and hopes to be with us this month.

Andrew Kellard has been cured, too and will be with us today,

So all is well…

The Old Coulsdon Fair last month was to a certain extent fouled up by our annual attempt at proper summer weather: quite a wind driving heavy showers during the setting up of stands, with a clap of thunder exactly as the Mayor opened the fair.  Several organisations who had booked to be present – including the Bourne Society next to our Probus stand where your editor awaited to help put it up – decided the weather would stop everything in its tracks, but despite all this it turned out nice at lunch time and the fair was its usual ‘best of them all’.  Our new tent withstood the wind and rain, our members turned up in numbers to help run it all and we ended the day making money from the thousands who came along for our charity which was the Old Coulsdon Retirement Centre..

If you intend to come to the Ladies Luncheon on October 18th, please let Jim Mulvey know today or very soon afterwards.  You will have received the menu and such, so fill it in and include your cheque and give it to Jim.  They are excellent fun, if somewhat noisy with chatting wimmen, if the one Jim, Dennis and I attended last month is anything to go on, so I shall just turn down my earpieces and enjoy an excellent menu in delightful surroundings.

There’s a thief about in Old Coulsdon, striking during daylight hours.

Over the last ten days or so two houses have been broken into by the simple way of jemmying the front door and taking items such as jewellery and anything else of value.  It looks like a quick in-and-out job, possibly arriving by white van.

So, lock your doors every time you leave the house empty.

We are indebted to Bernard Starkey, for many years a colleague and friend of Peter’s for this information on his life and to Hugh Roberts for passing it on to me.  We shall all miss Peter and the work and effort he put into our Club over many years and take tis opportunity to extend our sympathies to his wife Christine, his daughters and their families.

He started to work with Peter some thirty years ago in the London office of Babcock International and they became friends over a pint or two in the Babcock Club, to the extent that Peter was Bernard’s Best Man at the latter’s wedding to Amanda and the families thereafter continued the friendship.

Peter was a Babcock apprentice, moving through various departments of the Renfrew works and attending Paisley Tech where he gained his BSc leading to his joining the Service Department with the Babcock engineers who were responsible for keeping the sugar mill in Jamaica or the paper mill in South Africa problem-free.

Peter and his wife Christine were sent to Japan, where Peter was a Director of the subsidiary in Yokohama.  In those days, before joining the aeroplane, one had to be weighed, when the weight would be called out for recording, causing a howl of laughter when Peter’s weight proved to be greater than 100Kg.

Peter was posted to Romania at a stage when the Iron Curtain was very much in being, driving there in his Mini.  When they were leaving for the last time the Border Guard said “Goodbye, Mr. Barker, I hope you enjoyed your stay in Romania”, proving that Security knew their movements at all times.

Back in the London Office he and Starkey worked together on tenders for power stations in South Africa for Escom and for China Light & Power in Hong Kong.  They would often lunch together in real ale pubs, putting the world to rights over a couple of beers and a cheese sandwich, Peter telling of his daughters were doing, for he was immensely proud of them and their families.  The two of them were rugby enthusiasts and would regularly attend matches at Rosslyn Park, London Welsh, Harlequins or Twickenham – if they were lucky enough to get tickets for an England match – to be followed by discussion on how the match went over a pint.

When Peter retired from Babcock International he continued to attend the Babcock lunches in London pubs or restaurants, but as the years went on the numbers they knew reduced, so they met just three or four times a year to talk over old times.  When Bernard moved to Devon, Peter and Chris would visit, using Peter’s trailer tent, or he would rent a farmhouse so that all his family could stay together.

A lovely man with a loving family, we shall all miss Peter.

Coulsdon PROBUS is proud to be one of the oldest PROBUS Clubs in the World and offers a warm welcome to new members and visitors.
We meet on the first Thursday of each month at 12 noon, in the club house of Purley Cricket Club.

01737 555974
Jim@Mulvey.uk.net
We use cookies to ensure that we give you the best experience on our website. If you continue to use this site we will assume that you are happy with it.Ok